January 08, 2013
Till Friday night, I was all set to post my story, which was about a life changing accident of a girl where she met some good people who changed her life for ever, and about how humanity meets a new definition. But on Saturday's morning, when I read the interview of the male friend of December 16's victim, I lost the faith in my own story, and its not because of those six vultures, but because of everyone who slowed down, witnessed their dreadful situation but didn't stop. Its because of those so called police officers who didn't even care about putting the victim in the ambulance because she was bleeding.

They were there on the side of road for so long, begging everyone to stop and help them, but no one cared. All they care about was that "Ooh, I should not get involved in any kind of police case, let them die, let them suffer, they are not my relatives or friends." And after two long hours of police arrival when ambulance reached there, none of them dared to put the girl into that, why? May be because they were very much worried about their uniforms getting dirty or may be their wives' frowned faces stopped them, after all they will have to wash the blood stains, and their agony continued at the hospital too.

All I wanted to ask is, everyone is saying that those six culprits are not human, they have done such a hideous task that even an animal will never do, I agree. But are those people who watched them suffering, who were fully capable of helping them, and in-spite of doing this, turned their faces and never looked back, are they human??? Those police officers and all those at the hospital to whom they literally begged for clothes, are they human??? 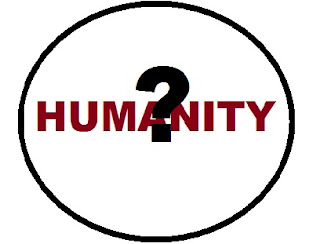 In the next six or seven months me and all my friends will be joining offices at some of the big cities of India, and we all are scared, not because there will always be a danger of being attacked, or losing our dignity or even lives; we know we shall never surrender without fighting, but we are scared that what if no one hears or sees our struggle, or they overlooked it, then how long we shall be able to save ourselves from those cruel hands.

This question is being raised from several eras, that how long a woman have to suffer, and the world was silent again and again, but not this time. This time it has to answer it. How long does a girl has to wait to be sure, that she will come back in the same state as she is leaving her home in? How long does a wife has to live in a fear of being beaten up by her own husband? How long does a woman has to wait to get a dignified position in the eyes of all men, who just consider them as a matter of entertainment..???