Be the change you want to see in the world...

January 20, 2013
The recent callous and savage incidents that took place in different parts of the country has jolted us from roots. I used to believe that as long as I am living with my people I'm safe, but looks like things have changed drastically. I talked about this to our colony guard, Shukhdev chach and he gave me this ominous view of future,"Beta, its getting hard day by day to survive in this world, ghor kalyug hai ". He added, "Beta I have a daughter like you and I try to protect her in every possible way but I can't be certain about what will happen tomorrow, may be some bank official will cheat and bankrupt me, or may be my pharmacologist cheat on me and will give me expired medicines, or may be some day thieves could break into my house and take away all what we have, beta kuch bhi ho sakta hai, kalyug hai kalyug". Definitely I was not at all glad by listening all this negative stuff, but the question is still persistent my mind that why these incidents are growing with such rapidity?

According to the survey of  the National Crime Records Bureau (NCRB), the number of rape cases registered in India has increased by a startling 873.3 %, from 2,487 in 1971 to 24,206 in 2011. In comparison, the murder cases has increased by 250% over an even longer period, six decades, starting from 1953 to 2011. (for other statistic you can visit ---> http://timesofindia.indiatimes.com/india/Rape-fastest-growing-crime-in-the-country/articleshow/17774115.cms ) , and this is an official data, one could even imagine the actual number.

In India we have a strange but well know habit of reproving others, public will blame administration, administration will forward it to the Police. Police will try to find some easy target to forward the heavy responsibility of being blamed and the chain goes on. In between some other social elements (respected baba jiis ) also try to make their valuable presence in our system and to give a new direction to whole blaming process. 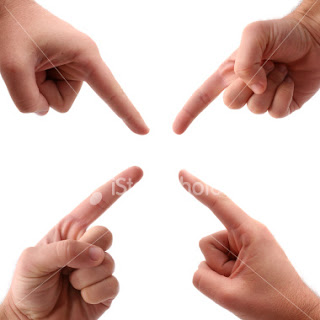 Kabir Daas ji had said in one of his couplet that "Bura jo dekhan main chala, bura na miliya koi. Jo man dekha apna, mujhse bura na koi". People reprimand and are still doing the same, but does anyone thought about also being responsible for what had happened? We know, rapes has increased with a shameless speed, but why is it so? Is it just because of the poor administration or poor execution? No. Its a cruel fact that more than 50% of the rape cases are not even registered, many times because of the sufferer herself is not courageous enough and found it flounder to face the aftermath, but most of the time, because parents suppressed the matter, to avoid the insult, which in turn is because of the heinous society, which on one side will show sympathy and on the other will tore out the reputation of the family apart. Same, in any other assault, murder or even road accidents, no one wants to be the witness and stuck themselves in the issues involving Police case and court.

The consequences are now in front of us. Felons outside, commit crimes like rapes and murders without any fear. Even the Delhi rape victim had stated that if her male friend had not supported her, she would not have reported the crime. I'm not trying to defend the administration or the police, yes they definitely are responsible to a great extent, I only wants to say that we, the society, is also equally responsible for this. Everyone wants to be on the safer side, but we all are travelling in same boat, if today you are the watcher then it might be possible that tomorrow you will be the victim.

So stop blaming other, as Mahatma Gandhi had said, "Be the change you want to see in the world".

This post is part of the contest Who is to be blamed? on WriteUpCafe.com