June 13, 2013
In this patriarchy world, women is always considered as meek and miserable by men. A girl when born is taught from the very childhood that she can never be equal to his brother or any other man in the family, no matter how strong she is in her thoughts and wills, she has to carry her effeminate character as gracefully as possible. She was precluded from any possibility that can give wings to her dreams. She became the victim of men's obscene pride, their abysmal behavior and parochial necessities. She was used as a toy, an entertainment element and a menial. This is the irony of our country that on one hand we worship Durga, Saraswati and Laxmi for strength, wisdom and wealth, and on the other hand a girl herself is made deprived of all these.

With the time, female has stepped out of her preset boundaries, but the evidences sought that she merely had achieved the position in society that she should have. No matter how much educated, successful and powerful she is, a girl still get ogled, still get raped and still is a dupe of men's deride thinking. But till when??? When she will get her lost respect???

I firmly believe that when I will stand for myself, the world will stand for me. Its the women herself who need to stop underestimating her charisma, her vitality and her vigor. You have a whole arsenal within you, you can do anything, so first stand for yourself, don't expect anyone else to come and support you or lead you. Stand by your beliefs and wills. Do you think you need a men, to get to a better place then don't be naive, you don't. They need you. Just kindle this thought within your heart and wait till it meets the fulcrum. Do not believe what you were taught, you have to write your own credo. So when next time a man tries to show you your space, ask him to watch his own shoes.

There were times when I was chastise, even without my fault, I was followed in dark, even when I was in a simple Indian attire,  and I was told that I can't do this just because I'm a girl. But now I promised myself, if I'm not wrong, I will not hear any such crap, I will not run away, but will stand by the loafers in the street, and my being a girl will never be a hurdle between me and my dreams. I will ring the bell and want you to do the same may be this will bring the much awaited change. 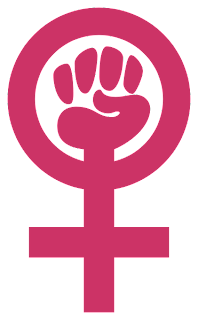 This post is a part of Indiblogger's RING THE BELL by Breakthrough. Here is the link to their site.