- July 31, 2016
“Guys, what's too late now?” I popped up the question as soon as I read the WOW’s theme for this weekend to my childhood sweethearts plodding in my flat at 1'O Clock mid night.

We all chuckled and this continued for an hour, in which we visited our childhood, college days and this corporate life, where no one is satisfied. Only thing that keeps us going is our friendship.

We all exchanged looks and in exact 15 minutes we hit the road. As always, I volunteered to drive. This is the best way for me to think. When I look out, at people, homes, buildings, gardens, I see stories. Tonight we are on our way to write another unforgettable story of our lives, and best part is we all are there in it, together.

As they always say it's never too late but yes, there are few things that couldn't be done now. I cannot call my dad and say, ”Dad I’m sorry. I didn’t say it much when you were alive, but I love you, I will always do and you are my hero.” This is one of thing I wanted to do most but it’s too late now. It’s too late to love without fear. We all have ‘done that and been there’, where we loved someone so much and had our heart broken. Now every time someone comes close, they bring that fear with them. Hey, but it’s okay, life goes on and so do we. No offences no regrets. At the end we will find someone.

But I found my answer. It’s too late to feel bad for what you have done. May be you made some horrible mistakes. Everybody does. It happens but this is not the time to mourn over it. Take the ownership and mend it. Be a man or a lady. Your feeling sorry will not change it. There has to be something that can make things better. Find that thing and do it.

We took the highway and reached our school in less than 2 hours. It’s 4 now. We tried but guard didn’t let us in.

We drive 5 more minutes and ring the bell for one of our favourite person in this world, Professor R K Bhatt. He was our Math’s teacher and then promoted to school principal. We 4 were best in 4 fields (Maths, English, Cricket and Chess), that’s why always well known to our school teachers. Mr. Bhatt not only gave us the best time of our life but also taught us few very important lessons of life. We had no doubt that he will not recognise us; hence he hugged us, as soon as he opened the gate.

We updated him with our lives and told him what brought us here. He laughed. A sincere, experienced laugh.

“Let me tell you what is too late for you now.”

“It’s too late to make silly mistakes, which you have made in school. For stupid decisions that can not only ruin your life but also people close to you. Too late for you to be an irresponsible citizen of this huge democracy. Too late to believe that alone you cannot make a difference, because you can. I have
seen you. I understand you guys don’t like your jobs, and you can do whatever you want anytime in life but it’s too late for you to run away from your responsibilities toward your family.”

We all were silent for few seconds, may be all of us were thinking what will be the first thing we will do after going back, something which not too late yet. Mr. Bhatt went inside to get ready and invited us to be a part of morning assembly.

We re-visited our childhood. The class rooms, mess and play ground. We stood at the last during the assembly, like we used to do. Recited the prayer, pledge and national anthem. None of us forget to append “except one” after, all Indians are my brother and sister.

“Guys, let’s take another pledge today.”
“And what’s that?”
“We will give this country at least 10 folds of what we have taken from it. It’s too late now to expect anything from it. It’s time for us to return. To see a change we have to bring it our self.”
“You guys with me in it?” I asked innocently as I was being stared open mouthed.
“And I love you guys, I just wanted to say before it’s too late, we get busy in our lives and this loses it’s essence. I seriously do.”

Before I could say any other word, they all jumped on and hugged me. I thought, It’s too late now to lose these idiots from my life. 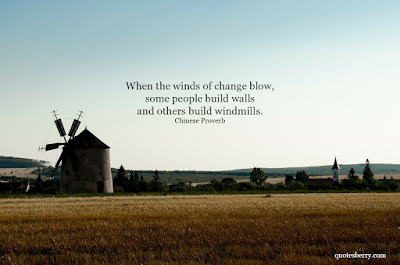 ‘This post is a part of Write Over the Weekend, an initiative for Indian Bloggers by BlogAdda.’

This post has been published by me as a part of the Blog-a-Ton 32; the thirty-second edition of the online marathon of Bloggers; where we decide and we write. To be part of the next edition, visit and start following Blog-a-Ton. The theme for the month is 'An Untold Story' "Jab bachche the to khilone tutne par bhi rote the, aaj dil toot jane par bhi sambhal jaate hain" There is a story within each one of us which we want to share. Today I am going to tell you one of such story,that was actually once lived. It is not a fiction or just a heap of thoughts. It is a real story.. An Untold Storythat needed to be told...
She choked,as she saw a guy,through the glass wall of the restaurant, fairly handsome, accompanied by a woman, fair complexion, sharp features,black eyes, unlike his, wearing a green sari with half tucked hair, his wife, she guessed. They entered the same place and occupied the seat exactly opposite to her. She tried to escape without being noticed but he…
Read more 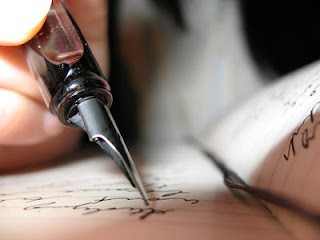 This post has been published by me as a part of the Blog-a-Ton 36; the thirty-fifth edition of the online marathon of Bloggers; where we decide and we write. To be part of the next edition, visit and start following Blog-a-Ton. The theme for the month is "and then there were none" * The day was not at all happening as I had expected it to be 25 years ago. I didn't want to go out of my room and spoke to anyone. In these 25 years of marriage things have changed drastically, Arun has no time for me, he is all about his business. Business, that had been so lucrative for us and had brought so many luxuries in our life, made us capable of educating our children in best schools of country and gave us opportunity to see the world. But still I'm not delighted. Why? I'm a proud mother of two kids, who are now in leading firms of country, they have given me everything I had expected from them but still I'm alone on my 50th birthday. Why? I should be cheerful and conten…
Read more