August 26, 2013
After 66 years of our Independence and thousands of years of Asian civilization, we keep trumpeting about our culture, prosperity and brain. But where do we actually stand??? Are we really thriving in right direction??? Here is an amazing write-up from my friend Mr. Ankit Gupta , throwing light on his idea for the inoculation of Asia.

People get retire from work at 66 but our nation need to start their work in the benefit of frontier-split people. After 66 years of Independence Day, our nation is surrounded by affairs of neighbours, scuffles between marginalized religious groups. China, our neighbour is flexing his frontiers and economy and military spending is ratcheting upwards every year, same for North Korea and Japan.

World says 21 century will be the Asian century; Asia will become a central to the world economy and geopolitics. But for Asians, rain has become unpredictable as in India and Pakistan already, which may results into famines and this starvation can provoke large conflicts over storage, rivers and watersheds. Even we Asian could be drenched along with inundated lands as sea level rising is already a prior concern for us. This can start a showbiz of gargantuan and unprecedented migration of people towards urban areas. Unraveling the problem of great slum expansion, great inequality will be an impossible task of regime of humans. It’s a time to reconcile ourselves to safe Asia from these prickly situations. Only change in rhetoric will mitigate the feeling of differences. Instead of relentless demeanor of drumbeating of nationalism, morality pertaining to Asian interest is needed. 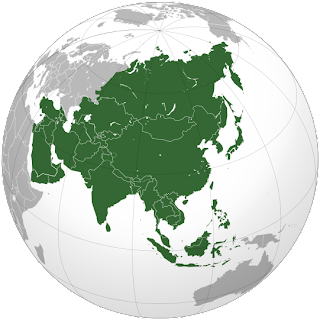 We might start with visa free travels, expansion of railway and highways network, reduction of legal differences between resident and non-resident.Electricity gets cut off every next hour; taps are still not fit for drinking water. I hope for a happier INDEPENDENCE DAY with high expectations of a better tomorrow.