- February 09, 2013
The day was same as others, dull, boring and mundane. I was at the very age where whatever parents said, the first thought that used to pop up in mind was always, "They will never understand what I want."

I was straying in the old street behind my house. I was not suppose to be there, as it was always dark and people who roam there were not considered as good. But I was so upset with my parents, that I wanted to do everything they refused me ever before. "They want me to be friendly with everyone, but are not allowing me to go to my friend's birthday. This is so unfair", I said to myself, when I heard a voice.

Anyone might think that I was going to make a big a mistake but still I forwarded toward the sound. The street was growing darker, but I wanted to know, who was that. And who would have guessed that I was just about to meet the first love of my life.

There he was, the most incredible creation of God, with big shiny innocent eyes and the glowing body. The cutest and sweetest part of my life was just about to begin and all I wanted is to touch him, hold him in my arms. His innocent eyes were the first thing I saw and they made me skip a heart beat. My heart had never felt this before. For me, he was an impeccable creature of the almighty. So I went near him. I extended my hand of friendship with the hope of a positive response, and I got it. He came near me and start licking my hand. I was beyond happy. I took him up in my arms and said, "I love you cutie, and you are coming home with me." Looked like he understood what I said to him, he started licking my face, to show his love and gratitude.

From the very moment, Scooby and I have shared every moment of ecstasy and despair together. He never had spoken a word still we talk, he is not a blood relation, still understand me more than anyone of them, he is my first love and will always be.  He iss the true pedagogue of love, friendship and care. 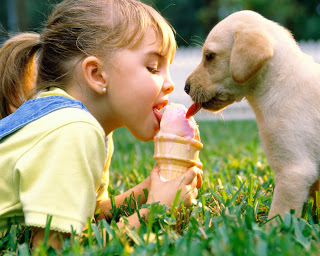 This post is a part of Write Over the Weekend, an initiative for Indian Bloggers by BlogAdda

This post has been published by me as a part of the Blog-a-Ton 32; the thirty-second edition of the online marathon of Bloggers; where we decide and we write. To be part of the next edition, visit and start following Blog-a-Ton. The theme for the month is 'An Untold Story' "Jab bachche the to khilone tutne par bhi rote the, aaj dil toot jane par bhi sambhal jaate hain" There is a story within each one of us which we want to share. Today I am going to tell you one of such story,that was actually once lived. It is not a fiction or just a heap of thoughts. It is a real story.. An Untold Storythat needed to be told...
She choked,as she saw a guy,through the glass wall of the restaurant, fairly handsome, accompanied by a woman, fair complexion, sharp features,black eyes, unlike his, wearing a green sari with half tucked hair, his wife, she guessed. They entered the same place and occupied the seat exactly opposite to her. She tried to escape without being noticed but he…
Read more

This post has been published by me as a part of the Blog-a-Ton 33; the thirty-third edition of the online marathon of Bloggers; where we decide and we write. To be part of the next edition, visit and start following Blog-a-Ton. The theme for the month is 'Celebrations'
Reader's guide : Text written in *....* is what my character is thinking or saying to herself in mind...
*Mamma's gift, check..!! Popsi's gift, check..!! Sadu's gift (my brother), check..!! toothbrush, sunscreen, face-pack....check..!! Hmm I think I am done,now I should leave..*

"Hello guard uncle,will you please open the door for me? "
"Sure sure..Going home beta?"
"Yes guard uncle..Diwali with Family...!!"
"OK beta..Take care and do not talk to strangers.OK?"
"Ooh uncle, you know that's tough for me..I can't even sit quite continuously for 10 min..and I have to travel for 8 hours."
"hahaha....Go enjoy...Happy Diwali."
"Hap…
Read more